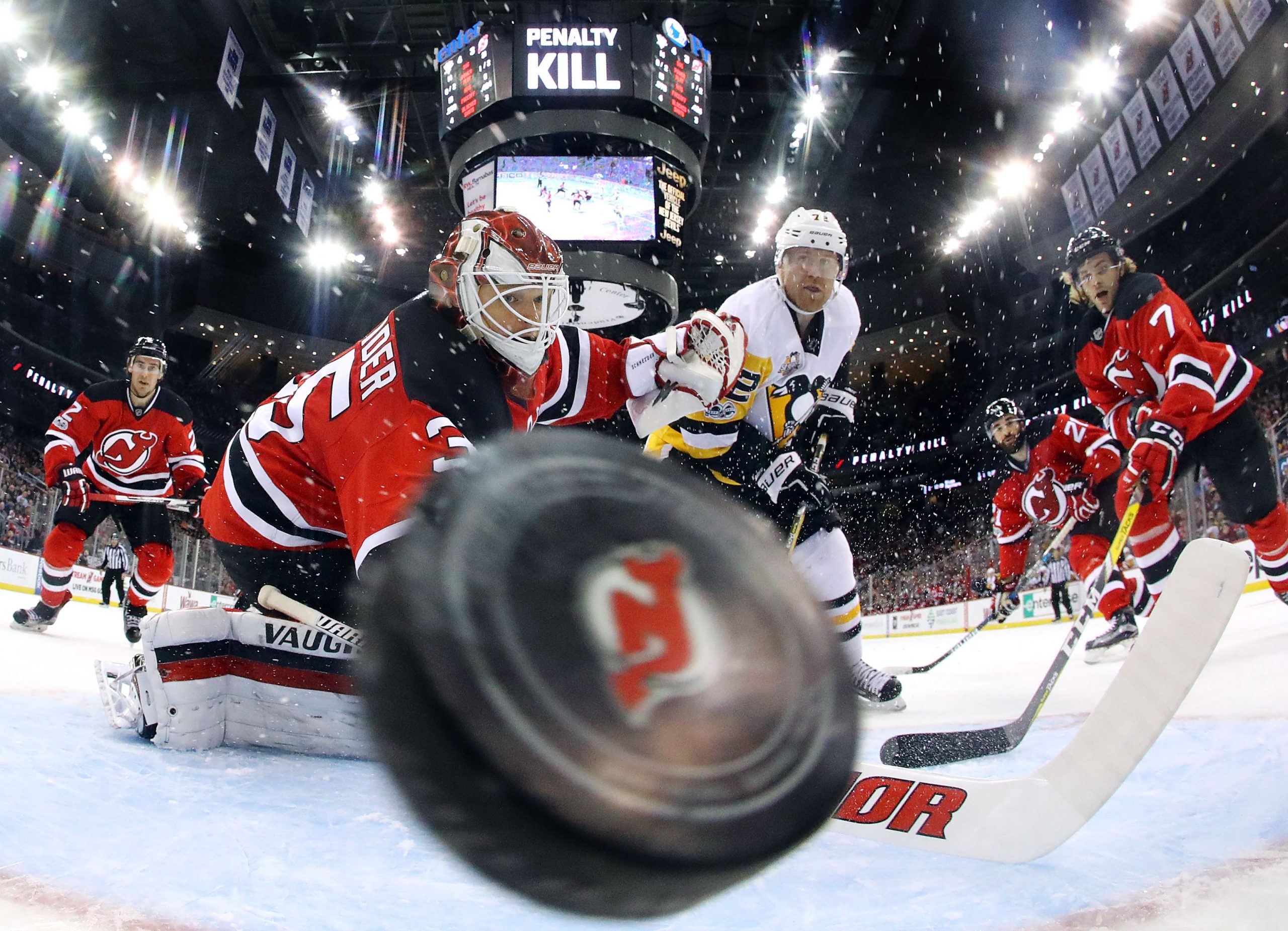 Legendary hockey photographer, Bruce Bennett, shares some of his favorite memories and how his path with Andy has crossed over the years. Bennett was introduced to hockey when his mother took him to a minor league game at Madison Square Garden and he recalls falling in love with the excitement of the sport. Andy grew up a big time Rangers fan at MSG.

“It’s not so much about the fights anymore, it’s more about the skill and letting the skill play and perform,” Bennett said. “It’s really the speed of the sport that’s changed. Look at some old YouTube videos and it looks like the players were skating in sand.”

Bennett has been shooting since 1974 and is on-track to shoot his 40th Stanley Cup Finals this season. He hopes to meet his next milestone of 5,000 NHL games soon.

Over his career, photography regulations have changed but Bennett has adapted to new rules and continued to produce exemplary work.

“In the earlier days when I started, it was okay to just walk into the locker rooms with cameras,” said Bennett.

Later on, the NHL and teams started to have stricter rules about who was allowed in the locker rooms. He recalls being chased out of a press conference by Dan Maloney of the Toronto Maple Leafs.

Once he became a team photographer for the New York Islanders, Bennett regained some behind-the-scenes access. He and his group, Bruce Bennett Studios, were the team photographers for the Islanders, New Jersey Devils, Philadelphia Flyers, and New York Rangers for a number of years. Despite being an Islanders fan, Bennett makes sure to keep a professional attitude when working. At one point Bennett was covering over 140 games a year.

“As a sports photographer one of the things you need to do is to separate your personal feelings from the scene,” Bennett said. “I pride myself on not being friends with the athletes and keeping my distance from shoots.”

Bennett transitioned his BBS company to Getty Images and can still be seen covering all of the NHL’s top games and events as well as international tournaments and Olympic Games.

Bennett also shares memories about some of his favorite players and how he achieved some of the most recognizable images of the sport, many of which can be seen in The Hockey News: Hockey’s Greatest Photos: The Bruce Bennett Collection.

“It was last year of the World Hockey Association. He was a scrawny kid but he was magic with a puck,” Bennett said of a young Wayne Gretzky.

He enjoys shooting behind-the-scenes images as well as action and says his favorite position to shoot is ice-level rather than elevated.

Bennett revolutionized the “Net Cam” which has helped him create iconic action photos from inside the goal. He describes how the transition from film to digital also helped make the Net Cams easier to use and more successful.

“You get to that digital card and start looking through, it’s like Christmas morning,” Bennett said.

Listen to the full podcast here. Watch the video of the podcast on the @legendsofsport YouTube channel.

Dream Team And the Beginning of Basketball’s...