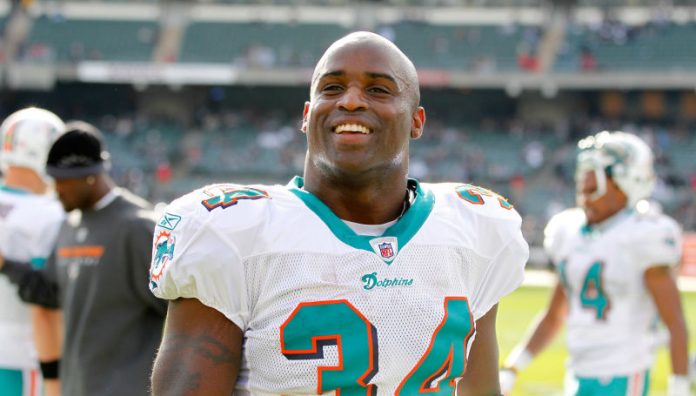 Former NFL and Texas Longhorns running back Ricky Williams would like to be remembered not just as a retired football player, but someone who has helped change the way Americans look at medicine and cannabis.

If there is one infamous calling card that the 1998 Heisman Trophy winner is recognized for, it is likely his multiple suspensions for Marijuana during his career.

A couple years ago, Williams set out to change that perspective—both of him and of herbal medicine—and started an herb-based product line called Real Wellness. While many might think the company is just a weed business, he sees it as more than just that.

“It’s actually not [just a Cannabis-based company], it’s a wellness company,” Williams said. “I spent night after night in my kitchen with herbs and Cannabis, which is an herb, creating formulations. When I thought about what I want to do in this space, I thought, I want to make medicine.”

His wellness company is just the latest on the route that he has set for himself in life—he is a strong believer in Dharma, a Hindu and Buddhist concept that he describes as a path for life. Williams studied a lot about Dharma, and even found the next stop on his path during a 3-month trip he took to India in 2004 during his first retirement from the NFL.

While Dharma is a concept found in Indian religions, Williams does not confine himself or his beliefs to a single religion, and expands upon them in his own way.

“We have a path through life and sometimes we get off but we have opportunities to get back on. Usually you just have to have a machete and cut through the stuff that’s in your way,” Williams said. “I’ve felt like many times in my life I got off track…it took me several years, but [in] 2004 when I retired I finally got to do some traveling and figure out what’s next for me.”

This trip, in addition to the trauma he was putting his body through while playing football, helped lead to his journey of starting a wellness company to deal with the trauma in a better way—to him, it isn’t just about listening to the doctor.