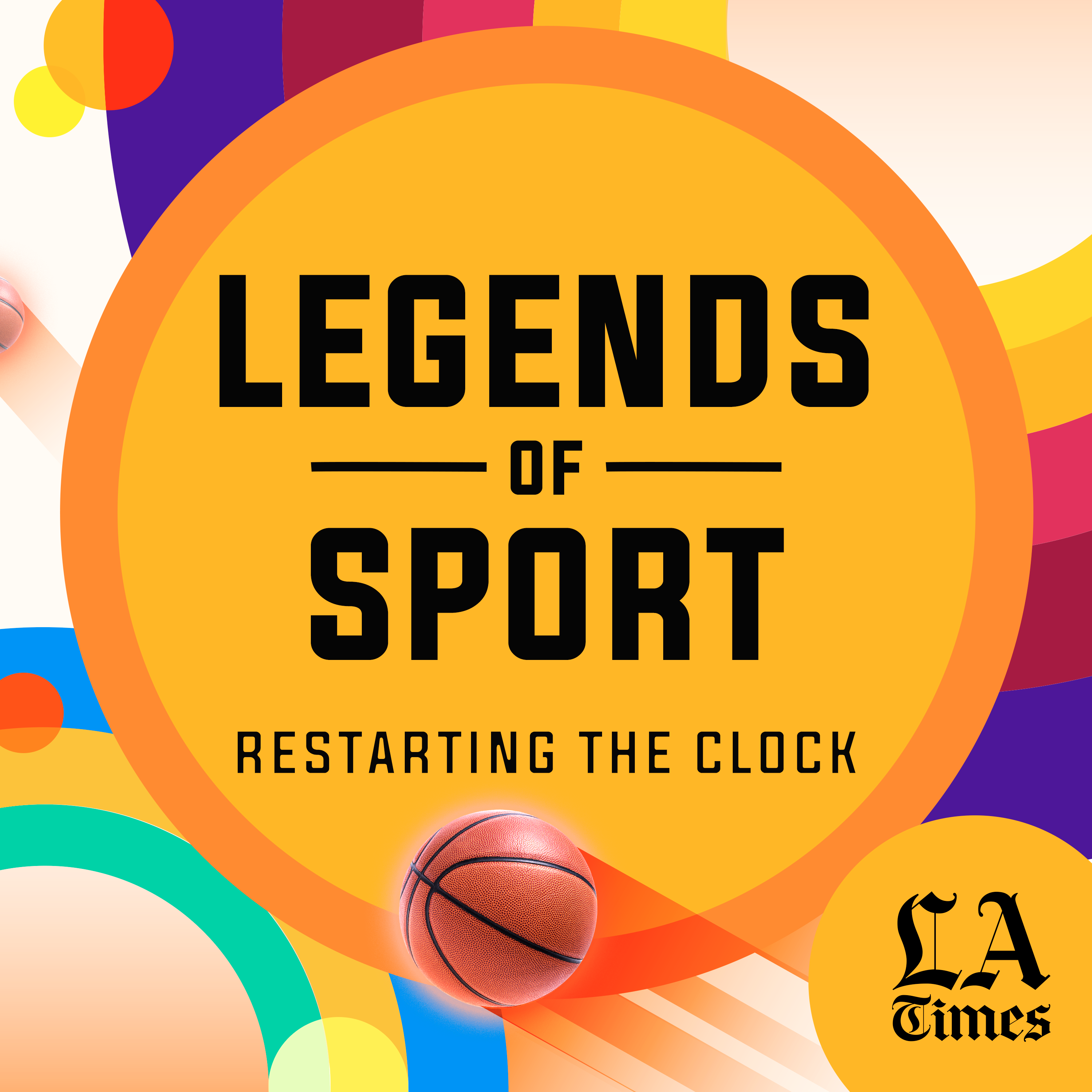 Welcome to Restarting the Clock, a new sixteen-week series co-produced by the Los Angeles Times. Restarting the Clock focuses on the restart of the historic NBA season and will stay true to the LOS format by highlighting legendary players, coaches, moments, and sports personalities.

After more than three months without basketball, 22 NBA teams will compete for the championship with games starting on July 30. This year’s pandemic-shortened season will resume in “the bubble” at the ESPN Wide World of Sports complex within the Walt Disney World Resort in Orlando, FL. Teams will arrive in Orlando this week and seeding games begin on July 30. The season is expected to last until mid-October with the completion of the NBA Finals.

In the first episode, “A New Beginning,” Andy chats with two Los Angeles Times journalists about the bubble and whether this post-season deserves an asterisk. Tania Ganguli covers the Lakers and Andrew Greif covers the Clippers. Both Ganguli and Greif expect to be reporting from the bubble sometime during the restart.

The NBA’s ambitious plan to restart the season has many concerns, including the health and safety of players, coaches, and staff, as well as the decision to restart sports among the ongoing social justice issues.

“But I think you saw some of these players grappling with whether they wanted to play or not because of the social justice issues.  They feel like they want to be heard in Orlando,” Greif said. “They want to feel like they’re not just going there and leaving some of the protest movement…you know, diverting the attention away from it.”

“The NBA at one point was saying that in order to return they’ll have to see cases going down. I think like a lot of people in society, they just got tired of waiting for that to happen and have tried to figure it out,” Ganguli said. “So, I just think that’s a huge variable and that would definitely be at the top of my list of concerns if I were Adam Silver.”

In addition to health concerns, both journalists noted that there is a huge mental component to preparing and playing in the bubble.

“Not only will no team have the ‘home court advantage’ but no fans will be present during games,” Gangliu said. “I think what we’re going to find out is exactly how important that energy in the crowd really is to players. There are teams that play so well at home and so poorly on the road. It will be interesting to find out just what exactly the toll is for being outside of your comfort zone.”

Players will not be allowed to leave the bubble once they arrive but they will have access to golf courses and other entertainment options for downtime.

“And there’s a real sense of, I think, cabin fever could set in no matter the incentive,” Greif said. “Obviously, the Clippers have this opportunity to advance to the first, not only NBA finals in the franchise history but the first Western Conference finals. They’ve never even been there.”

This season will be unlike any other, no matter who wins the championship. Ganguli, Bernstein, and Grief discuss the many unknowns of the season from potential injuries to the challenge of preparing physically after a three-month break.

“…This is far different than anything else that we’ve ever encountered,” Greif said. “[Doc Rivers] said he talked to Adam Silver about this recently that the winner of this should deserve not just a title or an asterisk, but a gold star. Because it’s like an endurance test as much as it is a basketball game.”

Listen to the full podcast here. Watch the video of the podcast on the @legendsofsport YouTube channel.

Dream Team at 30 with P.J. Carlesimo