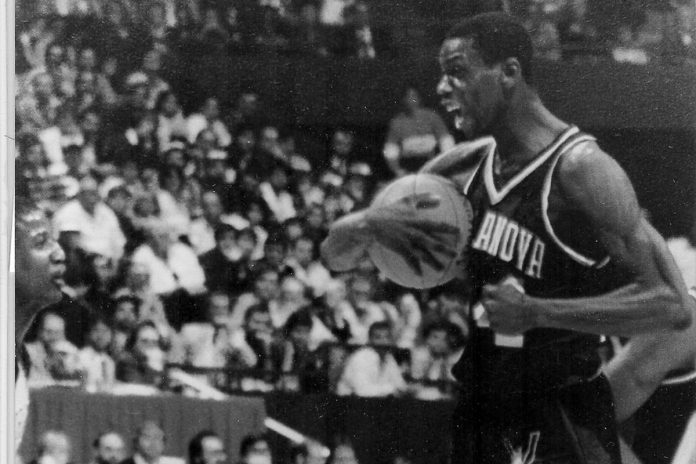 On April 1, 1985, Villanova, led by Most Outstanding Player award winner and current assistant coach of the Minnesota Timberwolves Ed Pinckney, defeated the much-favored Georgetown to win the NCAA Tournament. Villanova, coached by Rollie Massimino, was an eighth seed heading into the tournament, and the win over Georgetown is often considered one of the biggest upsets in the tournament — and especially tournament finals — history. Pinckney scored 16 points, grabbed 6 rebounds, and picked up 5 assists, while guard Dwayne McClain put up a team and game-high 17 points. Georgetown, on the other hand, was led by Patrick Ewing, the Number 1 pick in the 1985 NBA Draft and Hall of Famer.