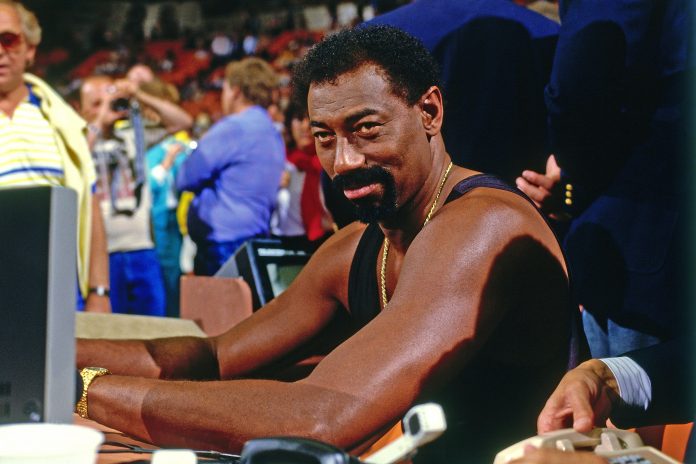 In 1967, Philadelphia 76ers center Wilt Chamberlain grabbed an NBA playoff record 41 rebounds in a 115-104 win over the Boston Celtics in the NBA Eastern Division Finals. In the contest, Chamberlain also contributed 20 points and 9 assists to help the 76ers take a 3-0 lead in the series. The 76ers went on to win the series and advanced to the NBA Finals. In the 1967 NBA Finals, the 76ers faced off against the San Francisco Warriors and won the series 4-2. During the series, Chamberlain averaged 17.7 points, 28.5 rebounds, and 6.8 assists. The championship marked the second in 76ers franchise history and the first title for Chamberlain. Chamberlain’s other accolades include 7x NBA Scoring Champion, 11x NBA Rebounding champion, 4x NBA MVP, 2x NBA champion, and 13x NBA All-Star. Chamberlain was inducted in the Naismith Memorial Basketball Hall of Fame in 1979 and his no. 13 is retired by the Golden State Warriors, Philadelphia 76ers, and Los Angeles Lakers.