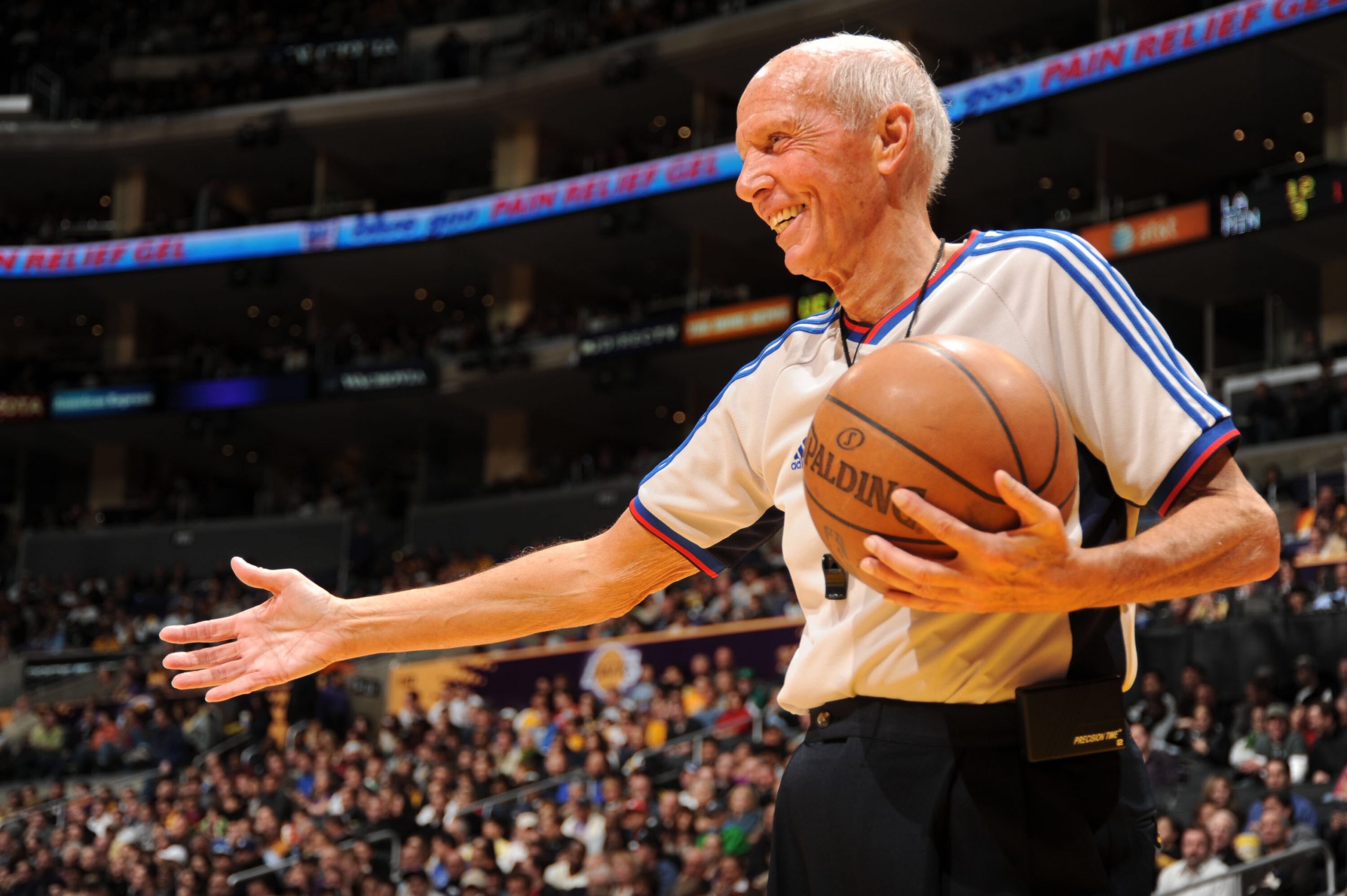 On August 19, 2014, legendary NBA referee Dick Bavetta retired after 39 years of officiating in the league. From when he started his career as an NBA referee to when he retired, he never missed an assignment, ending with 2,635 straight games officiated, and holds the league record for most games refereed. Bavetta was known for his conditioning even towards the end of his career when he was in his mid-70s—he claimed to run five to eight miles a day even in those stages of his career. He was inducted into the Basketball Hall of Fame in 2015, and is one of just 16 referees in the Hall. He has had many memorable moments throughout his career, which is a given considering the longevity of his career and the over 250 playoff games and 27 NBA Finals games officiated. However, the most unforgettable moment of his career might not have even been in a game—during the 2007 All-Star Game weekend, Bavetta raced against fellow Hall of Famer Charles Barkley and suffered a close defeat in a race that raised $75,000 for charity. Whether he was racing Barkley or sorting out a fight between Larry Bird and Dr. J, Bavetta was always known for enjoying the game and having a smile on his face.