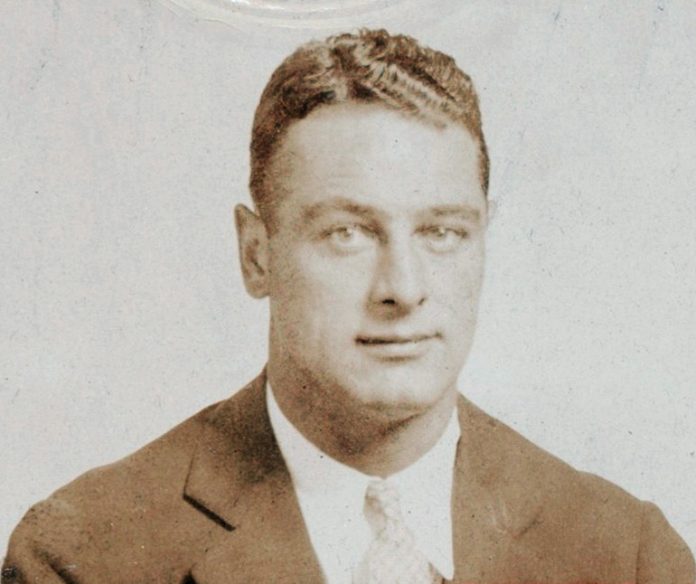 In 1938, NY Yankees future Baseball Hall of Fame first baseman Lou Gehrig hit a then record 23rd grand slam in a 11-3 win over Philadelphia A’s at Shibe Park. Gehrig played 17 seasons in the major leagues, and spent his entire career with the New York Yankees. During his career, Gehrig hit 493 home runs and led the Yankees to win six World Series. Gehrig still has the highest ratio of runs scored plus runs batted in per 100 plate appearances (35.08) and per 100 games (156.7) among Hall of Fame players. Gehrig was consistent in every aspect playing in 2,130 games consecutively, a record that lasted 56 years. Unfortunately, Gehrig was forced to retire at the age of 36 due to his  amyotrophic lateral sclerosis diagnosis. The NY Yankees legend was inducted into the Baseball Hall of Fame in 1939 and his no. 4 jersey was the first to ever be retired in the game of baseball.