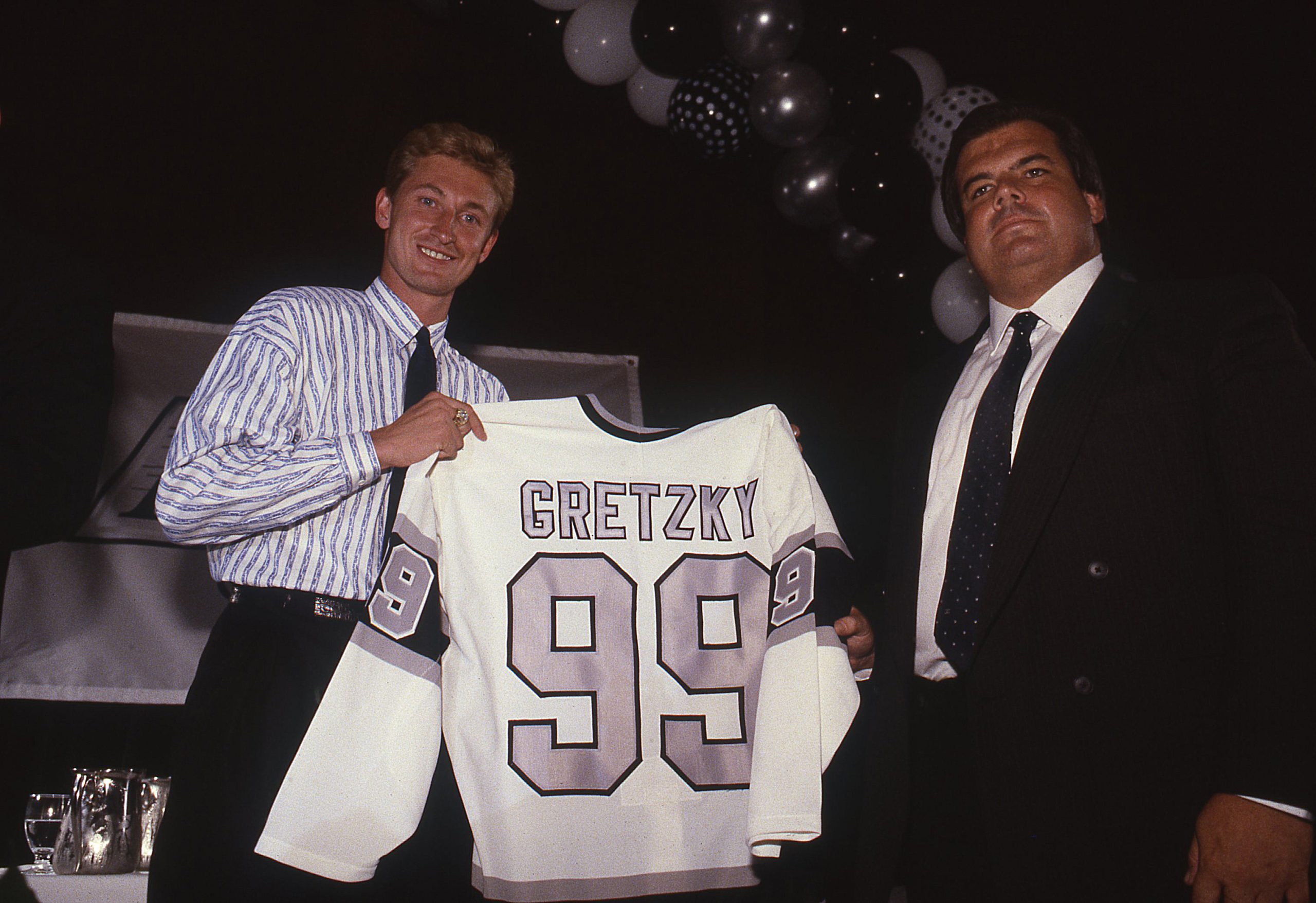 On August 9th, 1988, the Edmonton Oilers and the Los Angeles Kings would complete one of the most surprising trades in the history of sports. The Kings would send Jimmy Carson, Martin Gelinas, their 1989, 1991, and 1993 first round picks, as well as $15 million in exchange for Mike Krushelnyski, Marty McSorley, and The Great One, Wayne Gretzky. (Gretzky requested that Krushelnyski and McSorley be traded with him)

The trade sent a massive shockwave throughout all of Canada. A member of Parliament even tried to use the power of the Federal Government to buy Gretzky’s contract and sell it to another team in Canada. Several Canadians felt that Gretzky was a traitor for leaving Canada to go to the United States and rumors swirled that Gretzky went to LA to boost his wife’s acting career.

Gretzky would go to LA and instantly make his presence felt. Wayne scored on his first shot as a Los Angeles King. Months later, Number 99 would return to Edmonton to a standing ovation in a sold out arena. After the game, Gretzky assured his loyalty to Canada “I’m still proud to be a Canadian. I didn’t desert my country. I moved because I was traded and that’s where my job is. But I’m Canadian to the core. I hope Canadians understand that.”

In the 1989 playoffs, Gretzky would get another chance to play against his former team. For one of the only times in his career, the odds were against Wayne and his team. However, Edmonton would blow a 3-1 series lead and the Kings would advance. In 1993, Gretzky would lead Los Angeles to their first Stanley Cup Final, but they were defeated by Montreal in five games.

The biggest effects of the Gretzky trade are the ones that are felt today. Ever since 1988, no player has been “untradeable”. Shaq, Kyrie Irving, Randy Moss, Ken Griffey Jr., and several others have all been traded during the height of their careers. The other effect of the Wayne Gretzky trade can be seen in the teams that are in today’s NHL. Cities like San Jose, Anaheim, and Phoenix had never been thought of as somewhere to put a hockey team. But Wayne Gretzky going to LA made hockey much more popular on the West Coast.