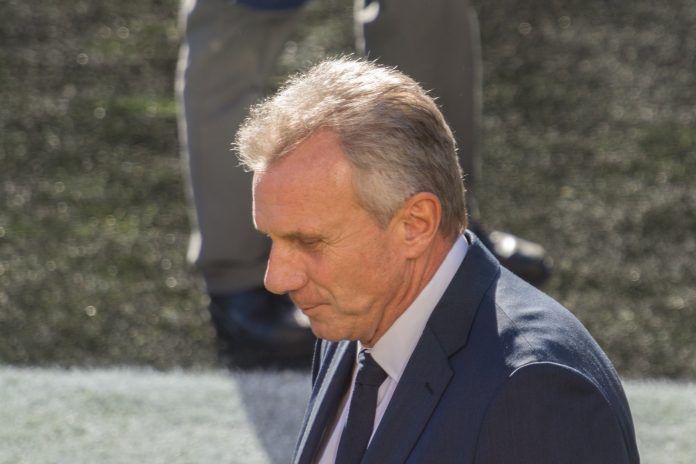 The San Francisco 49ers retired Joe Montana’s no. 16 jersey in 1997. Montana was the third athlete to have his jersey retired by the team (previous QBs with retied numbers are Steve Young and John Brodie). The legendary quarterback played 16 seasons in the NFL and led the 49ers to four Super Bowl victories. Montana’s first championship win was Super Bowl XVI in 1981. Montana, a 2x NFL MVP,  was inducted into the Pro Football Hall of Fame in 2000 and his no.16 was retired by the San Francisco 49ers.