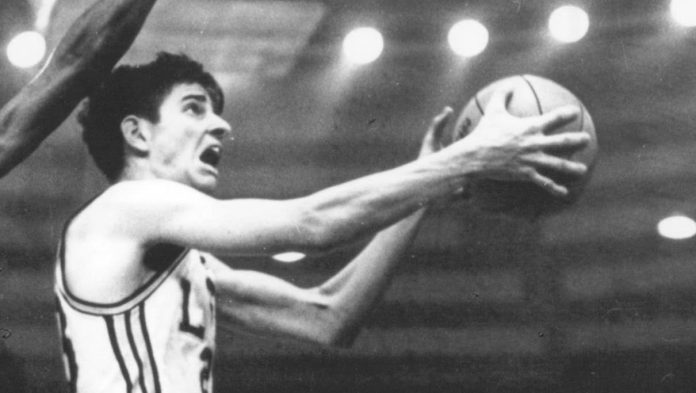 In 1977, New Orleans Jazz point guard Pete Maravich scored a career-high 68 points as the Jazz defeated the New York Knicks 124-107. His other stats from the night included 6 rebounds, 6 assists, 3 steals, and 2 blocks. The third pick in the 1970 NBA Draft, Maravich was known for his ball-handling, elite passing, and ability to maneuver tough shots. The legendary point guard played 10 seasons in the NBA, but his career was cut short due to a persistent knee injury. Maravich was the NBA scoring champion in 1977, he averaged 31.1 points during the 1976-77 season. Over his entire career, Maravich scored 15,948 points (24.2 ppg), 2,747 rebounds (4.2 rpg), and 3,563 assists (5.4 apg). Maravich’s other accolades include 4x All-NBA Team selections and 5x NBA All-Star. Maravich was inducted into the Naismith Memorial Basketball Hall of Fame in 1987, his no. 44 was retired by the Atlanta Hawks and his no. 7 was retired by the Utah Jazz.