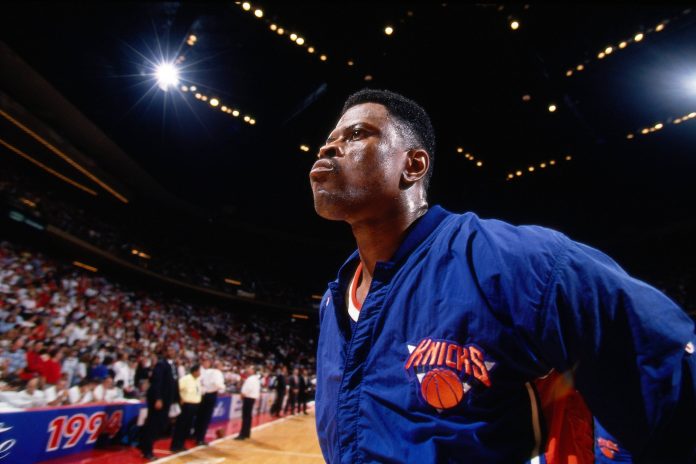 In 1994, Hall of Famer, Patrick Ewing, became the first New York Knicks player to score 15,000 career points. Ewing scored a high of 34 points in the Knicks ’ 106-94 victory over the Minnesota Timberwolves.

Born and raised in Jamaica, Ewing made a name for himself and inspired others with his athletic feats. Ewing played on the gold-medal-winning USA Olympic basketball team in 1984 and 1992 and won the NCAA championship with theGeorgetown Hoyas in 1984.

After playing 15 seasons with the Knicks, in 2000 Ewing was traded to the Seattle SuperSonics, and one year after traded from the SuperSonics to the Orlando Magic. In 2002, Ewing retired and began his coaching career as an assistant coach for the Washington Wizards.

Ewing continued his coaching career with different NBA teams. In 2017, the Georgetown Hoyas, his former college team, hired him as the men’s basketball head coach. In his fourth season coaching the Hoyas, Ewing led his team to the 2021 Big East Conference Tournament Championship that qualified them for the 2021 NCAA Division I Basketball Tournament.