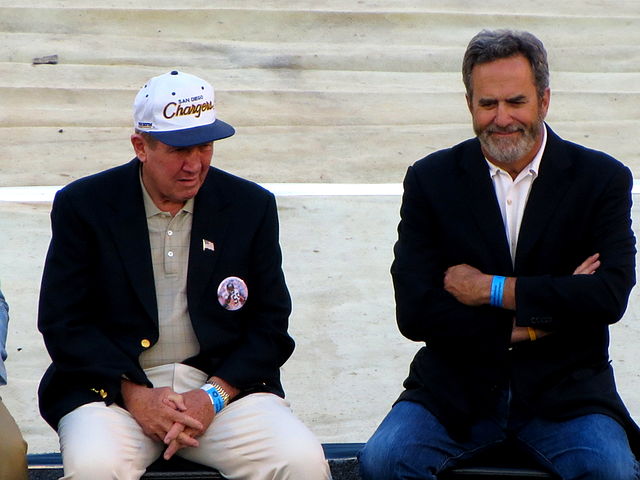 On this day in 1982, the San Diego Chargers defeated the Miami Dolphins 41-38 in overtime in the AFC Divisional Playoff Game, the game set numerous playoff scoring records and is known as “The Epic in Miami.” It is often recalled to be one of the greatest games in NFL history. The Chargers held a commanding 24-0 lead at the end of the first quarter; however, the Dolphins gained some much needed momentum and cut the lead to 24-17 at halftime. Early in the third quarter, Dolphins quarterback Don Strock led the Dolphins 74 yards down the field and finished the drive with a 15-yard touchdown pass to Joe Rose, tying the game at 24. Chargers quarterback Dan Fouts regained the lead with a 25 yard touchdown pass to Kellen Winslow. The game went back and forth and headed into overtime with the teams tied 38-38. In overtime, both teams were unsuccessful in their first field goal attempts. Chargers kicker Benirschke’s second opportunity was good from 29 yards. The Chargers won 41-38.