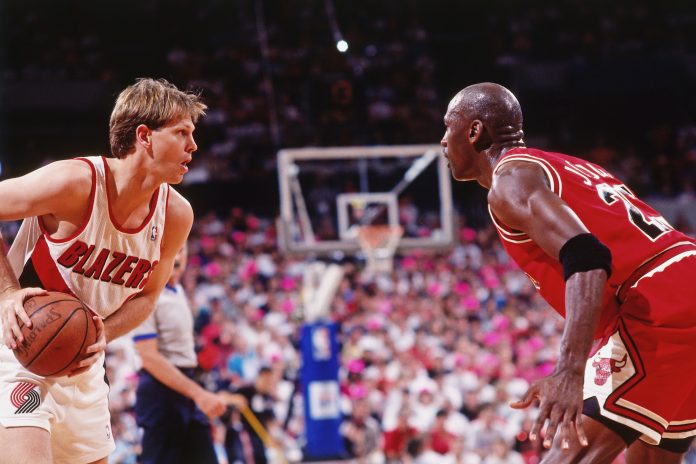 In the 1992, the Chicago Bulls set a league record for the greatest comeback in finals history. The Chicago Bulls were down 15 points (79-64). With just 12 minutes left on the clock, the Bulls scored 33 points to defeat the Portland Trail Blazers 97-93 in Game 6 of the NBA Finals. The Bulls won their second back-to-back championship. All-Star Michael Jordan won Finals MVP for the second time in a row after averaging 35.8 png.