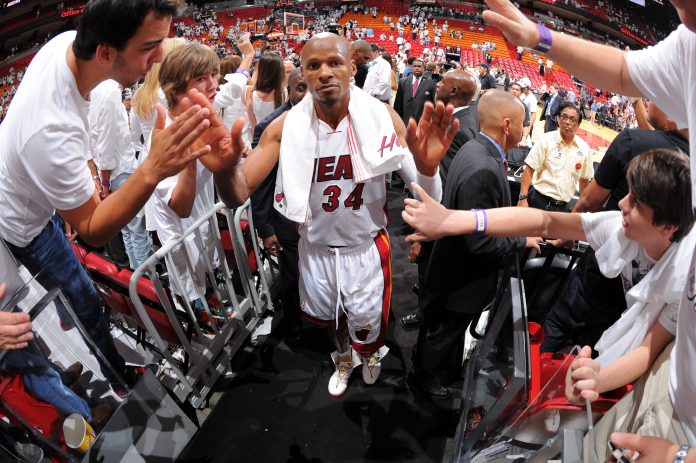 In 2013, Ray Allen helped lead the Miami Heat to victory over the San Antonio Spurs. Allen scored a three-pointer which took Game 6 into overtime and allowed the Heat to win 103-100. The Heat won NBA Championship in Game 7 and Allen was awarded Finals MVP. Allen had ten NBA All-Star designations plus one gold medal with the 2000 United States men’s basketball team. Allen was one of the first players to center his game around the three point line, and was known for his incredible catch-and-shoot abilities. Allen’s other accolades include 2x All-NBA team selections, 2001 NBA Three-Point Contest champion, and 10x NBA All-Star. He holds NBA records in career three-point field goals made in both the regular and postseason and was inducted into the Naismith Memorial Basketball Hall of Fame in 2018.