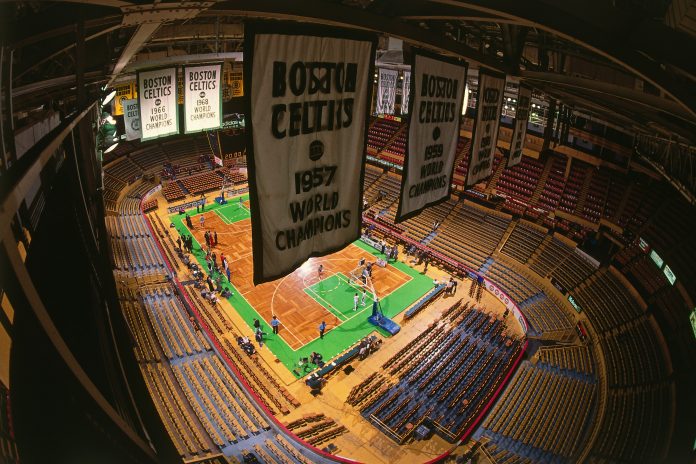 The Boston Celtics became the first NBA team to reach 61 wins in a season, following a 106-98 win over the San Francisco Warriors. Bill Russell led the Boston effort collecting 40 rebounds and 20 points. Boston finished the 1964-65 season with a record of 62-18. The 1964-65 Boston squad was legendary even by Celtics standards. Five players on the team would eventually end up in the Naismith Memorial Basketball Hall of Fame including K.C. Jones, Sam Jones, Tom Heinsohn, Bill Russell, and John Havlicek. In the 1965 NBA playoffs, the Celtics defeated the Los Angeles Lakers 4-1 in the NBA Finals to be crowned champions for the 8th time in franchise history. Sam Jones averaged a team-high 27.8 points in the finals and Bill Russell was the playoff leader in total assists (76) and rebounds (392) collected.