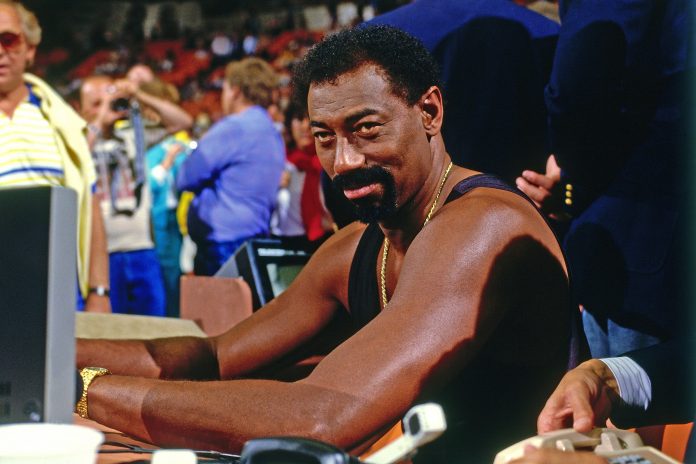 On March 15, 1962, Wilt Chamberlain became the first and only player ever to record 4,000+ points in an NBA regular season game, a plateau that no other player has come close to approaching. Throughout Chamberlain’s inimitable 1961-62 NBA regular season, he averaged 50.4 points per game and, in one of those contests, he even scored 100 points in one of the most talked-about individual records in sports history. In addition to his seemingly unbreakable single-season record of 4,029 total points with a 50.4 points per game average, he also led the league in rebounds as usual in 1961-62 with an astounding total of 2,052 and per game average of 25.7. But, perhaps most impressive, he played nearly every single second of every single game for the entire 1961-62 regular season. As regulation of NBA games are 48 minutes long (not counting overtime, if applicable), Chamberlain’s regular season minutes per game average in 1961-62 was 48.5. In spite of all of these otherworldly individual exploits, Chamberlain did not wind up winning the 1961-62 league MVP award; his arch nemesis Bill Russell claimed the award. Still to this day, Chamberlain’s 1961-62 season is considered by many to be one of the greatest individual seasons that any athlete has ever had in any sport. Many refer to Chamberlain, who holds countless NBA scoring, rebounding, and minutes per game records, as “The Record Book.”