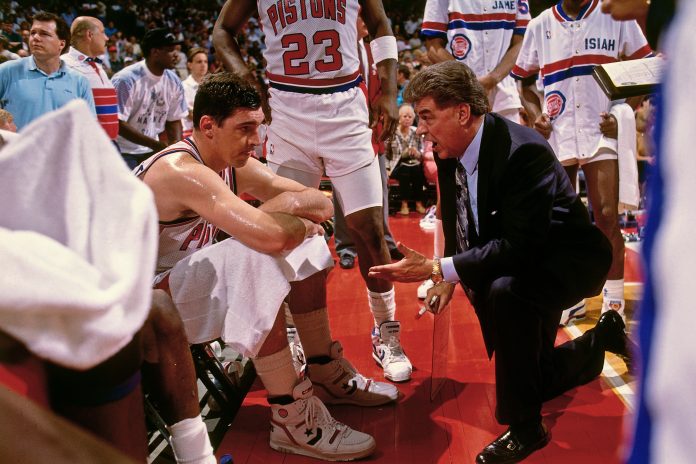 In 1998, Orlando Magic coach Chuck Daly recorded his 600th career NBA victory with a 100-75 win over the Houston Rockets. Over his 14-season NBA coaching career, Daly led his team to the playoffs 12-14 seasons and won two NBA Championships with the Detroit Pistons. A great motivator, Daly’s focus on defense, rebounding, and toughness, made the Pistons a championship team. In total, Daly recorded 638 victories ranking him 24th on the NBA all-time coach wins list. Daly also served as head coach of the 1992 Dream Team that won gold in the Barcelona Olympics. Daly is a two-time Naismith Memorial Basketball Hall of Fame inductee. In 1994, Daly was inducted for his personal coaching career in the NBA. In 2010, Daly was posthumously inducted into the Hall of Fame as the head coach of the Dream Team.