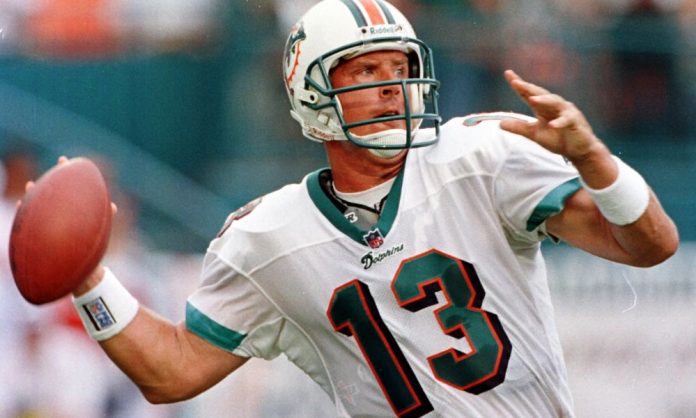 In 1995, Dan Marino broke Fran Tarkenton’s NFL passing record of 47,0003 yards. Marino threw 333 yards in a Miami Dolphins versus New England Patriots game. Despite Marino’s record-breaking feat, the Dolphins lost 34-17 to the Patriots. Marino spent his 17-year NFL career with the Miami Dolphins and returned to the team as an executive in 2014. Marino was named part of the 100th Anniversary All-Time Team and holds numerous franchise and league-wide records despite never having won a Super Bowl ring. He was selected to the Pro Bowl nine times and finished his career with a 59.4 percentage. Marino was also the first player in league history to reach 60,000 passing yards and the first quarterback to reach 400 career touchdown passes. He was inducted into the Pro Football Hall of Fame in 2005 and his no. 13 jersey is retired by the Miami Dolphins.