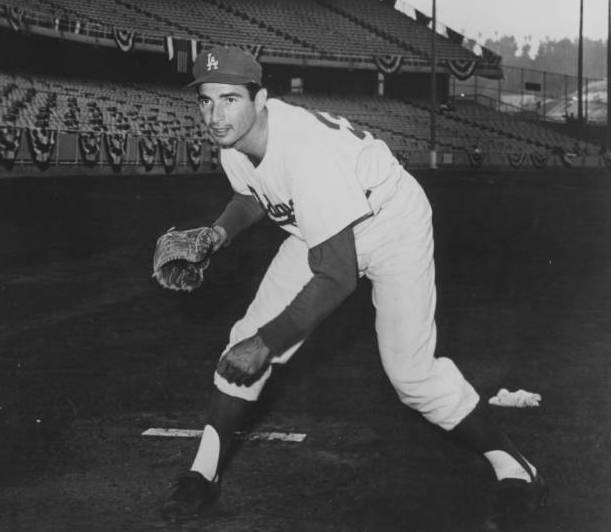 In 1966, MLB great Sandy Koufax announced his retirement due to traumatic arthritis in his elbow. Koufax’s legendary career began in 1954 when he signed a two-year contract with the Brooklyn Dodgers. Four years alter, the team moved to Los Angeles and Koufax’s talent started to blossom. The former University of Cincinnati player started setting records and became known as one of the fasted left-hand pitchers in the league and the first to average fewer than seven hits allowed per nine innings pitched in his career (6.79). Over his 12-season career, Koufax earned three Cy Young Awards, five straight NL ERA titles from 1962-66 and led the Dodgers to the NL pennant in 1963, 1965 and 1966, winning the World Series in 1963 and 1965. He was the youngest player elected other Baseball Hall of Fame in 1972.