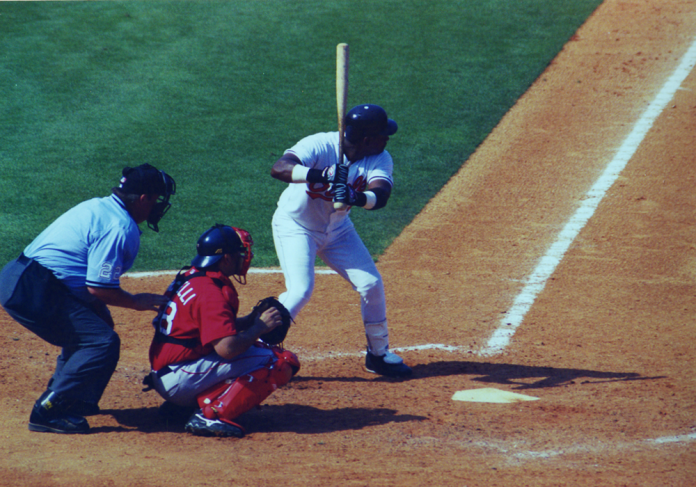 In 2001, Cubs right fielder Sammy Sosa became the first player in MLB history to total 60 home runs in three seasons. Playing against the Cincinnati Reds, Sosa hit the milestone home run off of Reds starter Lance Davis in the bottom of the first inning. One of the most powerful hitters in MLB history, Sosa is one of nine players to hit over 600 career home runs. Sosa’s tally of 609 home runs ranks him no. 9 on the MLB career home run leaders list.