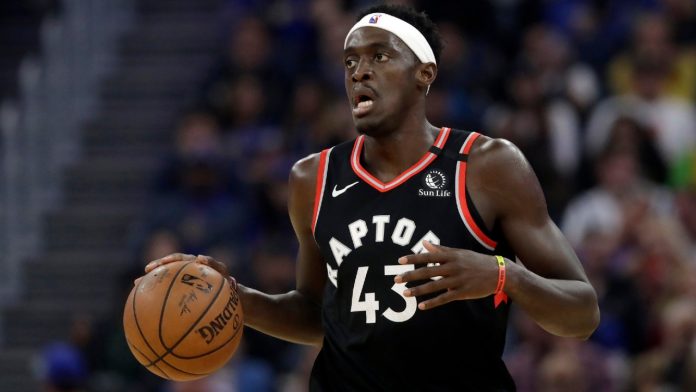 On this day in 2019, the Toronto Raptors signed Pascal Siakam to a four-year contract extension worth $130 million. This came after a breakout year for the young Raptors star. Siakam played a major role in helping the Toronto Raptors win their first NBA championship in 2019. He had season averages of 16.9 points, 6.9 rebounds, and 3.1 assists. Siakam was named the NBA Most Improved Player in 2019, and became the 11th Raptors player ever to record a 40 point scoring game. In the 2019-20 season, Siakam further improved his numbers and was named as an NBA All-Star for the first time in his career. In the 2020 playoffs, the Raptors fell to the Boston Celtics 4-3 in a heated eastern conference semi-final series. However, Siakam showed developing potential and he has only just wrapped up his fourth season in the NBA.