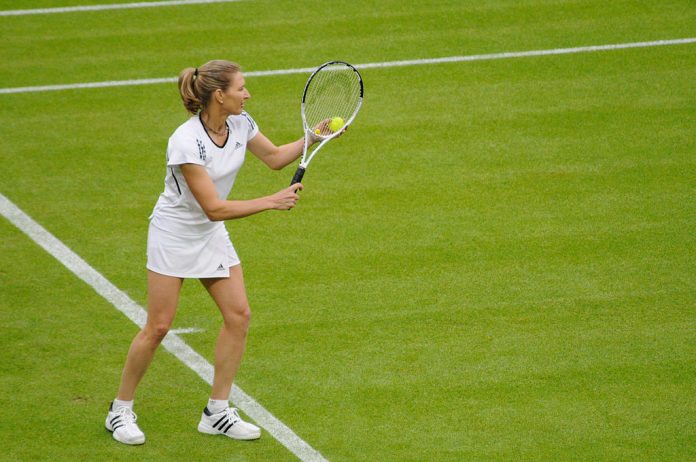 In 1982, tennis player, Steffi Graf, became the youngest player to win an international title at age 13. Two years later, she won the tennis demonstration event at the 1984 Olympic Games in Los Angeles, representing West Germany. Graff is credited with popularizing a more aggressive style of women’s tennis. She played as an aggressive baseliner (preferring to stay further back on the court) and was known for her powerful forehand. Graf also pushed the boundaries of women’s tennis by partnering with and endorsing products at a time when it was not common practice. In 1988, she became the only tennis player to achieve the Golden Slam by winning all four Grand Slam singles titles and the Olympic gold medal in the same calendar year. Graf played her final French Open in 1999 and was inducted into the Tennis Hall of Fame in 2004.