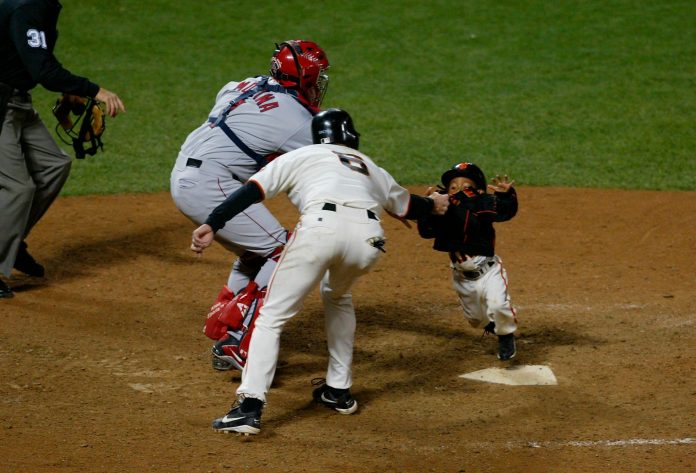 In 2002, bat boy Darren Baker had a close call during Game 5 of the World Series between the San Francisco Giants and the Anaheim Angels. Darren was three years old at the time and had the privilege of being bat boy since his father, Dusty Baker, was the Giants’ manager.

During a crucial moment, J.T. Snow and David Bell were rounding the bases to home plate while Darren was collecting Kenny Lofton’s discarded bat. Snow made a clutch save by lifting the toddler to safety, allowing Bell to make it to home plate. After this near miss, the MLB made a rule that bat boys needed to be at least nine yers old.