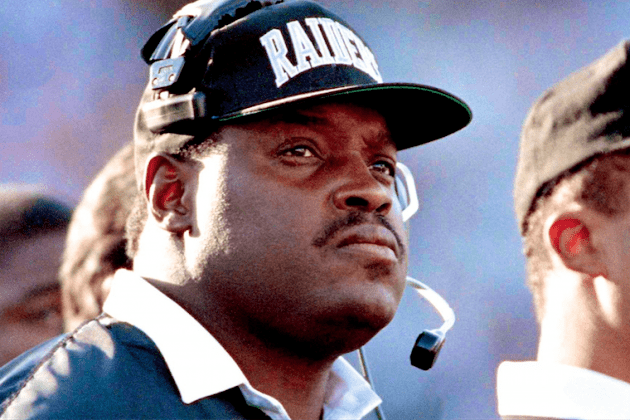 On October 3, 1989, the Los Angeles Raiders named Art Shell their new coach—making him the second African-American head coach in pro football history, and the first in the modern era. Fritz Pollard was the first African-American head coach, serving as a player-coach for the Hammond Pros in 1923 and 1924, but was soon after removed from the league along with all other African-American players. Shell was selected to eight Pro Bowls during his playing career and won two Super Bowls with the Raiders, and is considered one of the greatest offensive tackles in NFL history. He was inducted to the Pro Football Hall of Fame in 1989, and as a coach he was named the NFL Coach of the Year in 1990 by several publications.