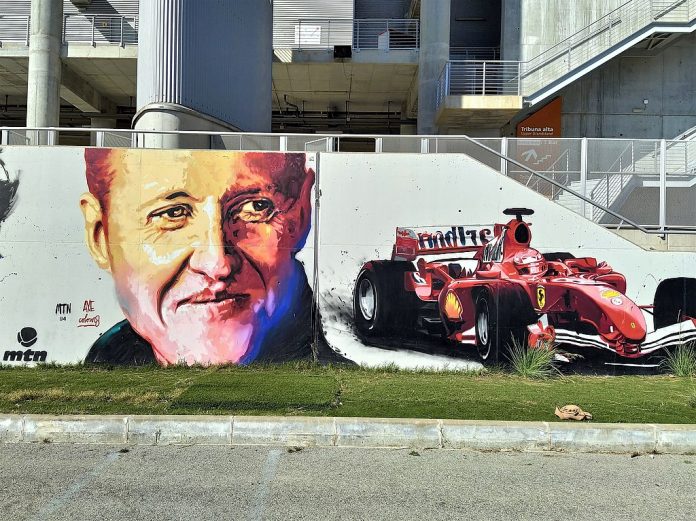 In 2000, German Formula One driver Michael Schumacher won the Japanese Grand Prix at Suzuka to clinch his third, and first of five straight F1 World Drivers Championships. One of the most accomplished race car drivers, Schumacher’s Formula One World Championship career lasted 18 years. Schumacher’s passion for racing began at the age of four, when his father modified his pedal kart by adding a small motorcycle engine. Schumacher frequented the karting track at Kerpen-Horrem, where he became the youngest member of the karting club. At the age of six, Schumacher won his first club championship. In 1989, Schumacher signed with Willi Weber’s WTS Formula Three team. In 1990, Schumacher won the series title. Schumacher was noted for pushing his car to the limit for sustained periods during races, and broke many records during his career. At the time of his retirement in 2012, Schumacher held records for most wins (91), pole positions (68) and podium finishes (155).