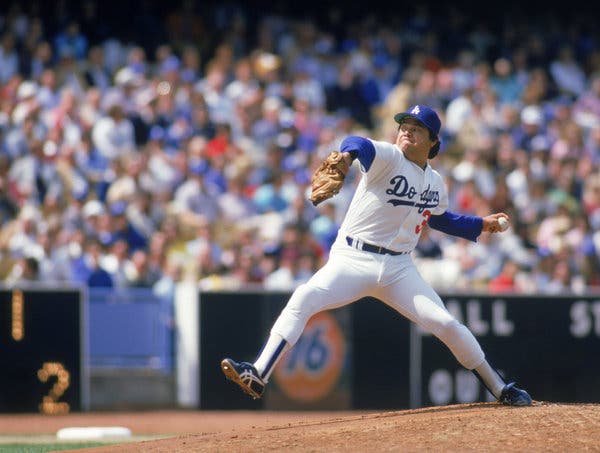 In 1981, Los Angeles Dodgers pitcher Fernando Valenzuela set an National League rookie record with his 8th shutout of the season against the Atlanta Braves (2-0). Valenzuela grew up in Mexico and played for the Yucatán Lions. Dodgers scout Mike Brito inadvertently noticed Valenzuela, while scouting another player, and decided to take a chance on the left-handed pitcher. ??On July 6, 1979, the Dodgers bought out Valenzuela’s Liga contract for $120,000. As a player, Valenzuela was notable for his unorthodox windup and regular screwball. Although Valenzuela wasn’t the hardest of pitchers, he found great success with the Dodgers. In 1981, Valenzuela helped the Dodgers win the World Series while also earning NL Rookie of the Year and the NL CY Young Award in the same year. In total, Valenzuela played 16 seasons in the MLB and made the All-Star game in six consecutive years (1981-1986). In 2014, Valenzuela was inducted into the Baseball Hall of Fame.