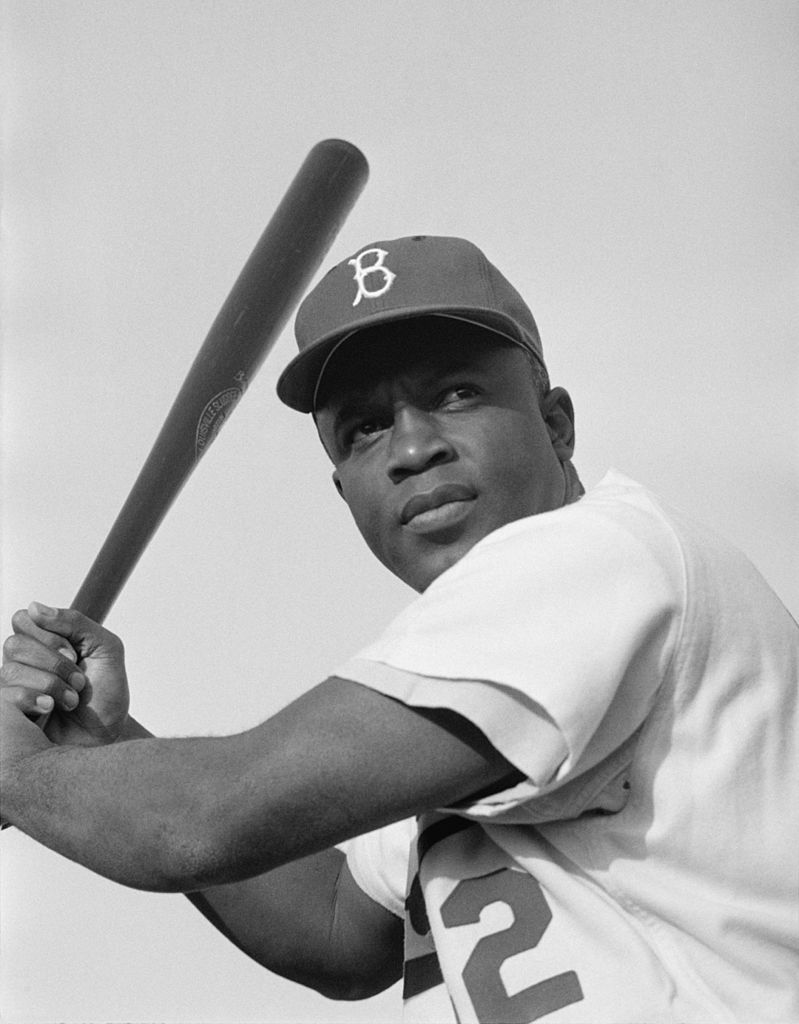 On this day in 1947, Jackie Robinson was named MLB Rookie of the Year. During the 1947 season, he had 175 hits including 31 doubles, 5 triples, and 12 home runs. Robinson led the league in sacrifice hits, with 28, and in stolen bases, with 29. The legendary Brooklyn Dodgers player was the first African American to play in the MLB. Despite the adversity, Jackson continued to play well and led a spectacular 10-year career with the Dodgers. His accolades include NL batting champion, 2x NL stolen base leader, NL MVP, 6x All-Star, and winning the 1955 World Series. Robinson was inducted into the Baseball Hall of Fame in 1962 as a first-ballot candidate. His No. 42 is the only number retired across the entire MLB.