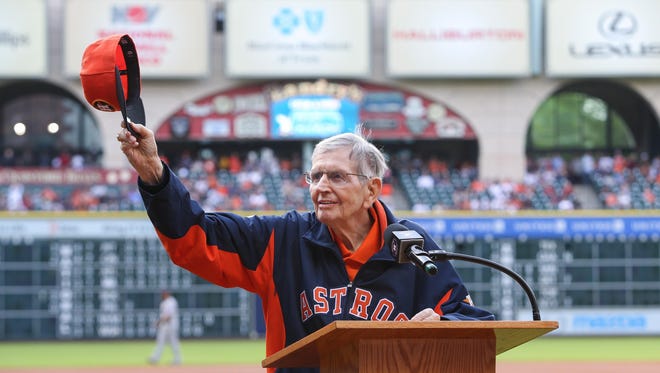 Baseball broadcasting hero, Milo Hamilton, called his final game in 2012. After a 63-year career as a sportscaster, Hamilton called his final game in the Astros broadcasting booth, a 2-0 victory over the St. Louis Cardinals. Hamilton worked for the Astros for 28 years, he previously did play-by-plays for the Browns, Cardinals, Cubs, White Sox, Braves, and Pirates. Hamilton was awarded the Ford Frick Award awarded by the Hall of Fame in 1992. In 2009, the city of Houston, TX renamed Hamilton Street, which runs on the east side of Minute Maid Park, Milo Hamilton Way in his honor. Hamilton died at the age of 88 in 2015.