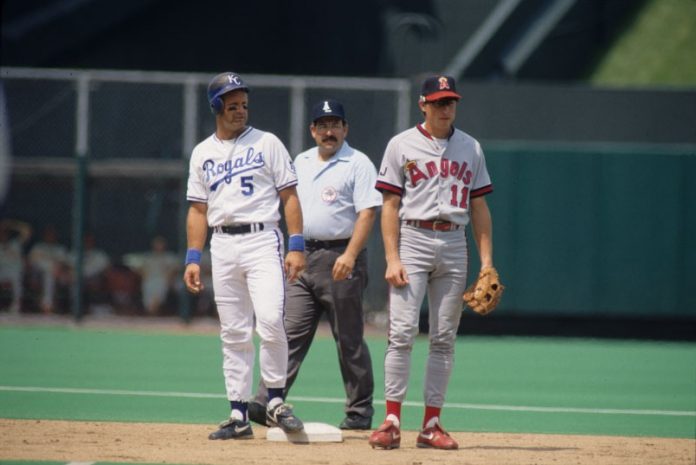 In 1992, Kansas City Royal George Brett became the 18th player in MLB history to reach 3,000 hits. Playing against the California Angels, Brett secured four hits in the (4-0) Royals win. One of the most memorable Royal players of all-time, Brett spent his entire 21 season career with the team. During his time with the Royals, Brett became one of four players in MLB history to accumulate 3,000 hits, 300 home runs, and a career .300 batting average. Brett is ranked no. 18 all-time in career hits with 3,154. In addition to his personal accolades, Brett led the Royals to their first World Series title in 1985. Playing against the Saint Louis Cardinals in the World Series, the Royals rallied back from a 3-1 deficit. In the series, Brett batted an incredible .370 and capped off game seven with a four-hit performance to help secure the title. Brett’s other accolades include 3x AL batting champion, 3x Silver Slugger Award, 1985 Gold Glove Award, 1980 AL MVP, and 13x All Star. In 1999, Brett was inducted into the Baseball Hall of Fame as a (98.2) first ballot. Brett was also inducted into the Kansas City Royals Hall of Fame and his no. 5 jersey is retired by the team.